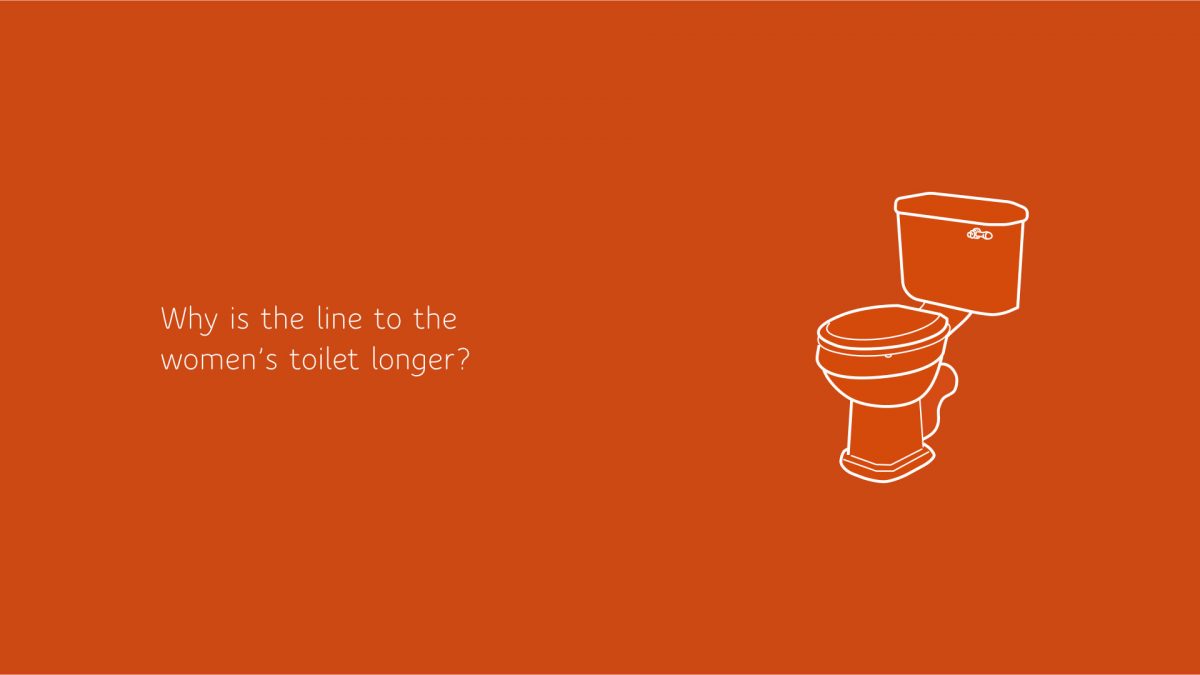 A TED talk that recently caught our eye asked a simple question. Why are sometimes the lines to the toilets disproportionately longer for women than men?

The answer, unsurprisingly, was that 85% of architects are men and therefore have no empathy for toilet use other than their own. Designing for others based on your own experience doesn’t really work.

Empathy is the most important skill of (service) design. Only by being able to feel what it feels like as the person you are actually working for, will you be able to design a better experience. Similarly, if you want to really learn something, it isn’t enough to just listen to people lecturing. It might be entertaining, but at the end of the exercise, after having time to sleep on it, you’ll remember at most 5%.

Empathy requires learning by doing. Empathy takes effort. It takes stepping outside your comfort zone. It takes time and effort to ask the questions you’d rather not answer, because the answer might force you to do something uncomfortable. Similarly, learning a new skill or understanding, requires working on it, until it is comfortable. There is a reason that traffic school teaches young drivers by driving with them, not by talking about driving. Developing muscle memory takes time. The same goes for brain-muscle memory: another way of working takes time.

Look at it another way.

Ideas are cheap. Execution is valuable. Derek Sivers put together a multiplication table, that unequivocally shows that it is good execution, that makes the difference – not having a brilliant idea. Similarly, reading about (or listening to) some “valuable” advice only makes it valuable, if it is applied. Lectures and training are only valuable, if you can practice the skills taught and internalise them, not just listen to a good way of doing things.

This is the reason most change initiatives fail, most start-ups fail, most new ideas never get anywhere. Because the execution of the initiative, start-up, new idea was done the same way you used to do stuff before. It isn’t without reason that Albert Einstein said that, “Problems cannot be solved within the context in which they were created.” To get different results, you have to do things differently. To learn things, you have to do them (probably differently to how you’ve been doing them to date).

One of our founding partners has been involved in the Service Design Award. In jury discussions, it was mentioned that about 20% of what could be implemented, is actually implemented by companies, with the aim (still), of delivering a better customer experience. Logically, it follows, that most companies that buy consulting (design) services, are unhappy with the result, because the what was discussed never was realised. Allowing for the fact, that maybe some of the conclusions drawn were unsupported by data, it still matters that what was talked about is not what was executed. And execution is everything.

Which is why our service design course involves mostly hard work for participants. To practice new skills. Not hear about them. If you’re curious, write to us at academy@thebrandmanual.com.